Since I've been struggling on my long rides, I decided to make some changes. I knew I needed more electrolytes so I wrote down the nutrition facts of everything I eat on my long rides to make sure I was getting enough sodium, magnesium and potassium every hour. Then I started making some changes. Then I stepped back and looked at my legal pad full of notes and thought, "I think I'm making this much more complicated than it needs to be."

So I simplified things...a lot. Here's what my nutrition plan became..

1 stands for odd hours, 2 for even. So on hours 1,3,5 I'm drinking 1/3 of my bottle of Perpeteum and taking one gel (I switched to Powerbar Gel because it has a lot more sodium than Hammer and that's what they have on the course). Hours 2,4,6 I drink a bottle of Gatorade Endurance and take one caffeinated gel and a salt tab - Endurolytes for this ride because I had some free samples and couldn't find SaltStick caps. Endurolytes are pitiful as far as electrolyte caps go. They don't have much in them so they're kind of pointless.

Other than simplifying my nutrition (a lot) I decided to add caffeine to the mix. I figured I didn't need it (much like salt tabs) but thought I'd give it a try to see if it makes a difference....and it does. I used the tangerine PowerBar gels and I felt a little extra energy when I took them...too bad they taste nasty.

The other big change...water. My goal was to drink about 2 bottles of water per hour, a lot more than I've ever drank on a ride. I mapped out a 20 mile loop from my parent's house so I could stop by their house every hour and swap bottles.

So the plan was to do a 7.5 mile warm up from Cheri's house to my parent's. Then four 20 mile laps with a power goal for each lap. Then it's a 7.5 mile cool down back to Cheri's house where she joins me for a 24 mile ride out to Fins and back - no power goals, just for extra miles and fun.

Note to Rock County: Quit being so cheap and fix your roads. Instead of chip sealing, Rock County likes to put a tar strip across the road when it cracks so for 80 miles every 10 seconds was tha-thump. I had to stop about 5 times to pick up water bottles, and the last time I couldn't find my bottle and it was half full of my gatorade...and it was my favorite bottle.

Anyway, the ride (finally) went really well...aside from almost getting hit by a car. Some chick wasn't paying attention and started to turn into her driveway and had to lock up her brakes to avoid me. It was really close.

Then it started raining and I had to bike down a wet country road covered in "mud." Me, my bike and my water bottles were filthy. Then the skies cleared and it got sunny and hot.

But my nutrition and, mainly, my hydration worked out. I felt strong the whole time and even exceeded my wattage for my last 2 sets. After the ride, I felt like I do after my long runs...okay except for the tired legs. No more feeling completely depleted. Hydration is the key. 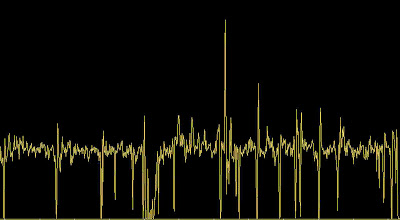 Luckily, I have a powertap because I also had my Garmin with me and, as usual, it turned off toward the end of the ride (not from a dead battery) and this time all of the data was gone. That thing was such a waste of money. The only thing I can count on is it failing on a long ride. So far my Forerunner has been good so I don't lose my run data, but my Garmin Edge is crap. Overpriced crap.

This morning is a long run, and the weather is looking great. Sunny skies with a high of only 78. I just dropped off some water at my parent's house so everything is good to go. Hopefully it goes well and I'll have a weekend of 2 killer workouts.

27 days? you'll be ready. your commitment is amazing.

Rock County roads suck. They will never fix them either. Too many milk trucks and farmers beating the crap out of them. It is getting tough to find a route that doesn't have at least one section that goes chunk chunk and makes the bottles fly out.

You are so ready for IMWI. I'm going out right now and saying you will be sub 11 or close.

It's going to be fun to watch. Be sure to let me know what you are wearing and I will have some way to identify myself on the side of the roads.

Hope you had a good run.