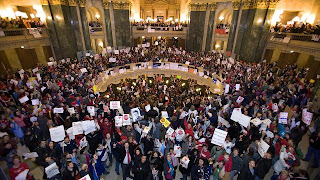 I'm sure everyone is aware of what's going on in Madison right now, even if you don't live in Wisconsin.  I've debated whether or not I want to post about this for a few days now.  My father was a teacher, my sister is a teacher and my girlfriend works for the public health department.  Yes, I am biased, but at the same time I get to see first hand how this bill affects real people.   It amazes me how people are so quick to vilify public employees when in reality they know very little about what they actually do.

At this point, I have only one thing left to say:

My problem with politics is that it always turns into Democrats vs. Republicans and stubborn, heated debates where everyone (politicians included) is so concerned with proving their party is right and/or more powerful that they lose sight of the fact that there's a place in the middle, a compromise where everyone gives a little, wins a little and walks away satisfied.

Madison is a great place to live, but it doesn't feel like it today.
Posted by Mike at 9:56 PM 1 comment: 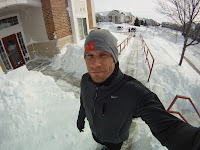 Every winter I write about running in a blizzard.  The past few years I've actually run during the blizzard so it was a little more of an adventure.  This year, we got hit hard over night.

Monday brought round one, which was 5-7 inches (I can't remember the total).  Last night was about 13 inches, so all total we got nearly 20 inches of snow in two days.

The storm - which I've heard referred to as Snowmageddon, Snowpocalypse, Snowsuckalot and Snowgasm -  more or less shut the city down so I worked from home today.  By the time I ventured out for my lunch run the plows had come by and conditions weren't bad at all.  But I took the camera along to see if I could get a few good shots. 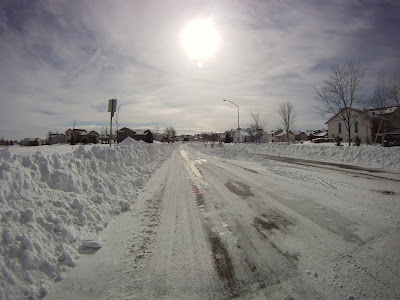 I live just off this road.  This doesn't look bad, but some roads off this street
weren't plowed yet and looked unpassable. 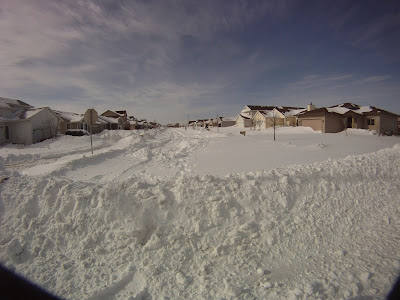 This one, for example. 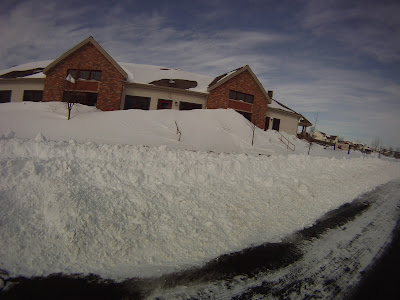 Check out that snowdrift.  That's a school or daycare.  Daycare, I think. 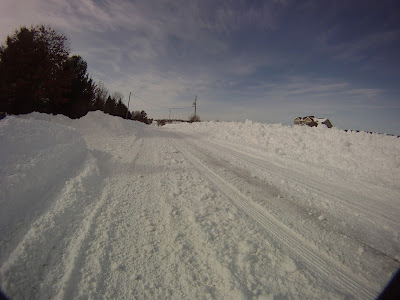 This was the only spot that was a little sketchy for me, only because the road was narrow
and I couldn't see over the hill to see if a car was coming. 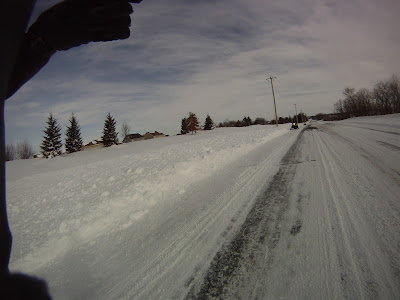 It's not too often (never) that I run on the road and have to move over for snowmobiles. 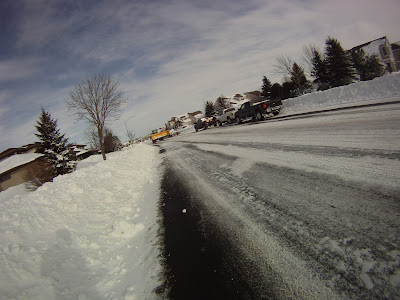 I took the picture a little too soon, but that is the biggest plow I've ever seen.
They meant business today.
This is a tough week for those of us who refuse to run indoors.  Monday was snow.  Tuesday the roads were slippery from Monday's snow.  Today was the blizzard and tomorrow is going to be frigid.  The low tonight is -7.