My Other Significant Other 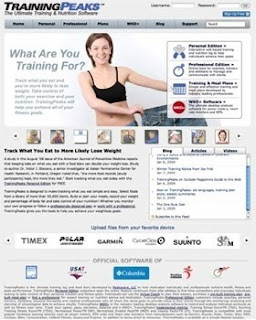 It’s no secret that Training Peaks runs my life.  So much so, in fact, that my significant other calls Training Peaks my other significant other.  When dating, everyone has their baggage that they need to bring out into the open at some point.  Some have kids. Some have a crazy ex. I have Training Peaks.
Like any relationship, me and Training Peaks have our rough patches and right now we’re just coming out of one of these rough spots.  A while ago, I spent quite a bit of time creating my ATP (annual training plan).  In one of Training Peak’s many updates recently, my ATP was completely wiped out.  It was frustrating to say the least.  All that work….gone.  And without a plan, I wander around aimlessly.  It was chaos.
So I started from scratch and put the ATP back together.  It’s more or less that same, except it looks like the Rockman Half Ironman may be off the schedule.  They haven’t updated their site with a date for this year, and when I tried to e-mail the race director to find out if a date has been set the e-mail was bounced back to me.  So I found a half ironman in MN one week after the Rockman that I think I’m going to put on the schedule.  That will force me to rework things a bit, but at least I can count on that race actually happening so there shouldn’t be any last minute changes.  And that race is one week after one of my favorite races: The Lake Mills Sprint Triathlon.  This will give me a chance to do that race AND get in my early season half.  Perfect.
My plan is to have two ‘A’ races this season; an early season half ironman (most likely the Liberty Triathlon in MN) and Ironman Wisconsin.  I’ll taper for these and give them everything I have.  I’ll have one ‘B’ race: Door County Half Ironman, and the rest of my races will be ‘C’ races, meaning I’ll go into them tired and do the best I can.
Once I had the race plan set, I adjusted my training phases and then went one step further than I did last time.  I’ve had a few long key workouts in mind, so I decided to plug those into the schedule to make sure they fit and that I’m not trying to squeeze them in at the last minute.  I knew I wanted to do three long bricks this year, and I knew I wanted one of them to fall at the end of my base building phases prior to my first ‘A’ race.  I’ll do two more later in the summer.  I’ve got a lot of bricks planned, but only three really long ones.

What’s really long, you ask?  30 minute swim, 100-112 mile bike, 13-16 mile run.
The first one on the schedule is the shortest at 30 min swim, 100 mile bike, 13.1 mile run.  It wasn’t until I actually plugged it into the training plan that I realized how quickly that day is approaching.  I’m entering my last month of base training right now, which means that workout is only 3 weeks away.  *gulp*
My swim will be at a steady pace, probably about IM pace.  The bike will be below my goal IM power, but not much.  This is where the workout has potential to fall apart on me.  The run will be as close to goal IM pace as possible.  So basically, I hope to hold about 200-210 watts on the bike and run 8 minute miles (I’ll be happy with anything under 8:45 at this point since my bike fitness isn’t up to par yet so I’ll probably be pretty worked after 100 miles).
You might be wondering why I’m doing such a long workout so early in the season.  Two reasons: build endurance and test my fitness.  I expect to struggle a bit on this one (or perhaps A LOT), but I think it will be a good way to see where I’m at and what I need to do to close the gap between where I want to be fitness-wise and where I actually am.
Then I enter into my build phase where I start to do more race-specific workouts for my half ironman.  I’ll be doing a lot of tempo bricks where I hold tempo power for 2:30-3:00 hours and then run for about an hour.  I did several of those last year, and they helped me prepare for my half ironman more than any other workout I’ve done.
So now that the ATP is back in place, me and Training Peaks are on speaking terms again, and I no longer wander around aimlessly.  A man with a plan.
Now for the tough part: executing that plan. 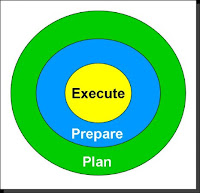 As one of the non-athletic and "getting older and more out of shape as we speak" types in this world, I have to tell you how amazed and fascinated I am when reading about your training and workout goals! And your other blog entries are hilarious. So just wanted to say - Wow! Way to go, Mike. And thanks for the smiles!
lrz

Great blog Mike. Very sorry we lost your ATP but it's great to hear we're back on speaking terms! Good luck with your training this season!! - Jeremy (TrainingPeaks.com)

Thanks, Jeremy. I think it was the calendar sync update that wiped out my ATP. Since then I bought a Droid Eris and set up a Google calendar which I sync with TrainingPeaks. My phone pulls my Google calendar data so now I can see my next workout on the home page of my phone. It's pretty cool. In the end it all worked out.