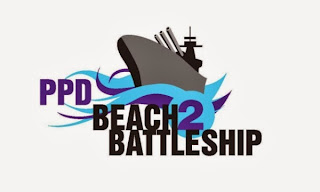 This weekend I'm racing the Beach to Battleship half ironman in Wilmington, NC.  I did a  lot of racing this season and never had more than a couple of weeks between races, but for Beach to Battleship I took a break from racing to focus on training.  My last race was HyVee, so I haven’t raced in 8 weeks.

I feel like I’ve under-performed at the last several half ironmans I’ve done, mainly on the run.  In fact, my half iron run PR is from 2009 in my third half ironman.  I have my excuses, but those are just excuses and I think a lot of it comes down to the mental side of racing more than the physical side.  Part of the problem has been my mindset, I think.  I tend to view a half ironman as…well…half of an ironman.  While technically true, it tends to put me in a conservative mindset and I go into pacing mode rather than racing mode. That’s not necessarily a bad thing, you do need to pace yourself, but you also need to find that balance between pacing and racing.

With my focus being on short course this year, my mindset has changed a little.  For some reason, this half ironman doesn’t feel as long to me as it has in the past.  Working on my Olympic distance skills has definitely helped, especially with how I view the run.  I have a bit more of a go-for-broke attitude now in regards to the run.

My running injury didn’t help (one of my excuses), especially on the mental side.  I feared re-injury.  So even if physically I was set to PR, mentally I wasn’t.  I’ve been able to train and race hard for 12 months now without any issues.  Because of this, I have a lot more confidence in my run.  I’m a better runner.  I’m a more confident runner.  I believe I can race this without re-injuring my knee.

So what’s my goal for this race?  Break 90 minutes on the run.  That’s it.  One goal.  There is one catch to this goal though – I have to swim and bike at half iron distance effort.  I can’t go easy to make sure I run well.  This has to be legit.


So those are the key workouts. The last one was the most encouraging, mainly because I never had to dig really deep.  It wasn’t easy, but I finished with a little left in the tank and my long run the next day went really well.

If you have nothing better to do Saturday morning, here's the link to live tracking:  http://www.setupevents.com/index.cfm?fuseaction=live_timing&eventID=2335

Good luck at B2B! I'll be following along looking for that 90 minute run.