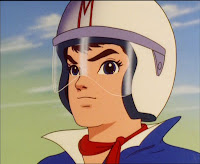 I am wrecked right now, but I'll do my best to pull it together enough to write a decent post. I've been meaning to blog for the past two weeks, but I kept forgetting. Blame the holidays.

Right now, I'm blaming the holidays for a lot...mainly how I'm feeling right now. As has already been said...I am wrecked right now.

Last week was officially week one of Ironman training. I know, I know. You thought it started a few weeks ago. It did...kind of. Those were my prep weeks, but last week was my first official week of base training. Base 1 Week 1. And it was a bust. I tweaked my knee a few weeks ago (the left one, as always) and re-aggravated it last week to the point I was hobbling around for a day and couldn't get my workouts in. That was a day I was supposed to put in some big volume so I fell way behind right there. Then came x-mas, and I got lazy and decided I'd rather eat candy than workout. There's a price to pay for that, and I paid it tonight.

Today was supposed to be a rest day, but since I didn't get much accomplished last week I decided to ride tonight. I did my Race Day workout. It's a crit race, and it's absolutely brutal.

For those who don't know what a crit race is, it's a circuit type race. It's on a short course, maybe one or two miles long, and you do multiple laps. It's typically timed - maybe 40 minutes - so you know how long you'll have to suffer.

The video is pretty cool, and as far as indoor riding goes I recommend this one. It's kind of fun and time goes pretty quickly. It is, however, brutal. And my lazy, candy-eatin' ways punished me tonight. I suffered through this, but never felt good. I hit my peak power in the first minute and that upset my stomach so I had 40 minutes of regretting eating junk food for the past few weeks. Then I started to fade so I added fatigue to my stomach problems. I finished, but it wasn't without a price.

Here are a few screen shots of the video: 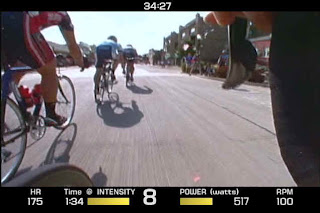 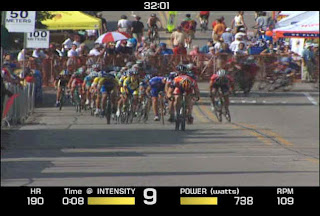 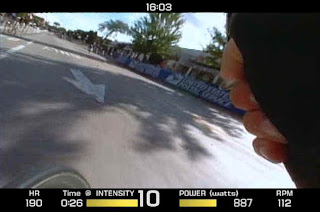 This is about 25 minutes into the workout, and you have to catch the breakaway by holding an intensity of 10 for more than a minute. It's tough because you're pretty spent by this point. 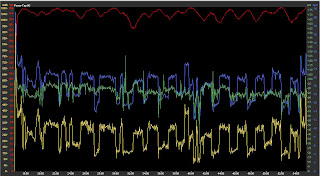 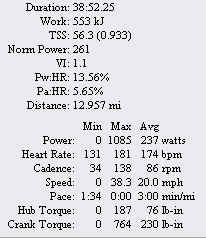 I need to get my motivation back and get into shape. The holidays are tough for working out, but they're almost over and then I can focus on getting back into ironman shape. 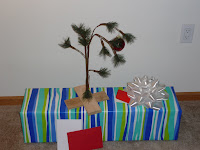 Speaking of the holidays, even though they weren't good for training, they were good overall. Sometimes you gotta let the training slide a bit and enjoy life...or so they tell me.

I don't typically decorate for the holidays, but I figured why not go all out this year. By all out, I mean a two foot tree and nothing else.

Overall, it was a great x-mas. Pretty mellow, but that's the way I like it. I hung out with the fam, ran 5 miles in a 33 degree rain on Christmas Eve (which was actually really fun), did some yoga, watched a few movies and spent the majority of the weekend with Courtney. 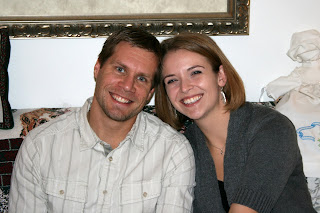