Superheros and lawnmowers through a fish-eye lens. 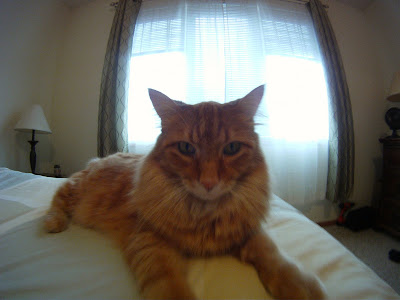 Calvin.
...went off early Saturday morning, so I got up and out the door nice and early for my long ride. 6 am. 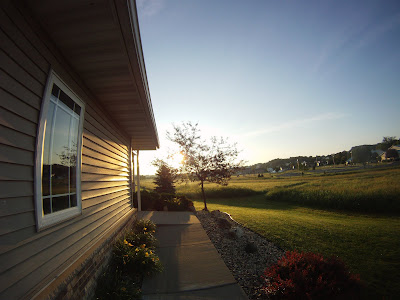 I love riding when the sun is rising. 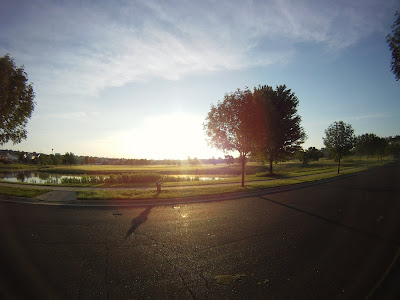 My parents are out of town, and they wanted me to check on the pool so my plan was to ride down to Janesville the long way so I could get in 100 miles.  Then Courtney was going to drive down and we would hang out in the pool for a little while and drive home. 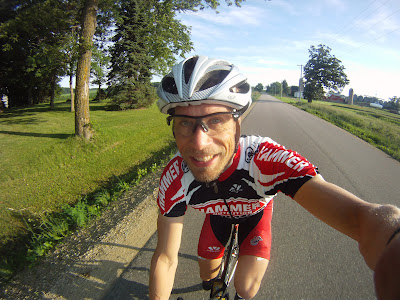 Riding down to Janesville.
I stopped at Liberty Pole Park to use the bathroom.  They have some boulders there and I decided to lean my bike against one of those rather than lay it in the grass like I usually do.  I don't know what happened exactly, but I didn't do a good job placing my bike and it fell almost instantly and before I could catch it my seat post hit the rocks. 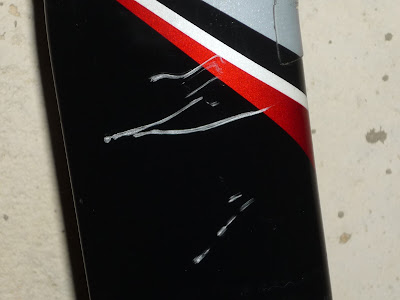 The mark of Zorro?
I'm really irritated with myself for leaning my bike against rocks and scratching it up. Stupid, stupid, stupid.
I tried to forget about it and enjoy the beautiful weather.  Nice days have been few and far between this year. 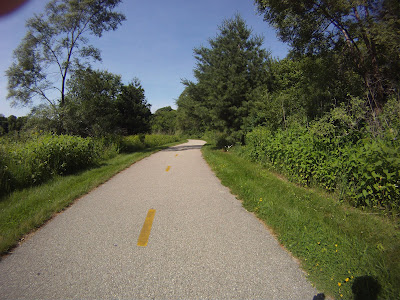 The Ice Age Trail in Janesville.
A friend of mine hooked me up with a set of Bontrager Race X Lite Hardcase tires thinking it would help out with my flats.  I put them on my training wheels and loved them.  They're not race tires, that's for sure, but they rode smooth enough for training rides and I made it through 100 miles without a flat.
So instead of getting a flat tire, a bird shit on me.  If you've been following my blog for a while you probably know I hate birds, mainly because I'm afraid of them but also because they're evil, but despite my hatred of birds I still preferred being crapped on to changing a flat.  I had plenty of water with so I washed off my arm, but I had propel rather than plain water so my arm was sticky the rest of the ride.  Still better than a flat (which would be #10 for the year). 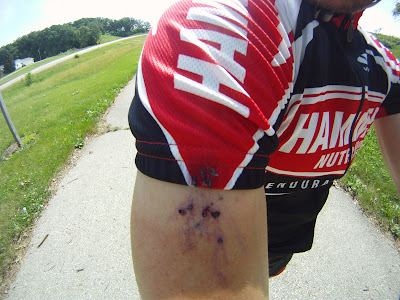 Janesville birds hate me.  They always have. Long story.
I took the GoPro camera with me on this ride and it has a fish-eye lens and no zoom (despite the lack of zoom, this is by far my favorite camera) so it's hard to tell what's going on in this pic but this is the only way to mow a lawn.  There's a post in the middle with rope wrapped around and the lawnmower is tied to the other end of the rope so it's going in circles unwrapping the rope as it mows.  Brilliant. 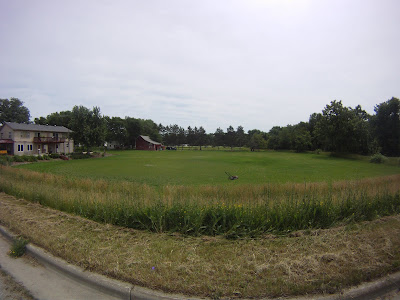 The self-mowing lawnmower.
Finally, some pool time.  The water was a little cold still, 74 degrees, but it felt great to get in the pool.  It's not summer without some lazy afternoons in my parents pool. 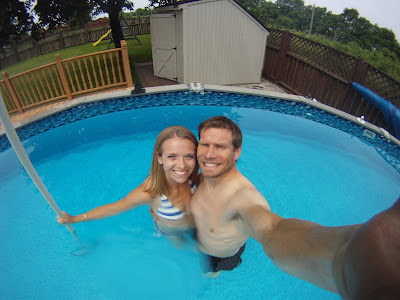 Go go Gadget arm.  I love the fish-eye lens.
After checking on the house, garden and pool, Courtney and I headed to Skelly's Farm Market to pick strawberries. 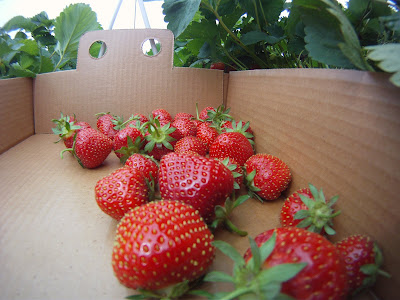 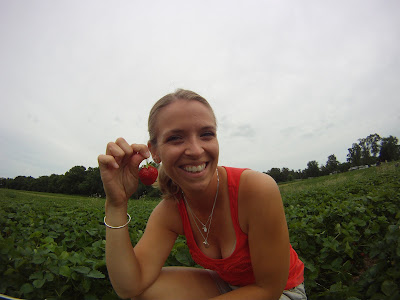 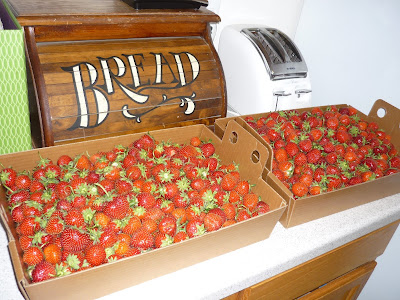 *******
While trying to get a picture of Calvin the Cat with the GoPro, he kept sniffing the lens and I ended up with this pic.  He looks like a hamster. 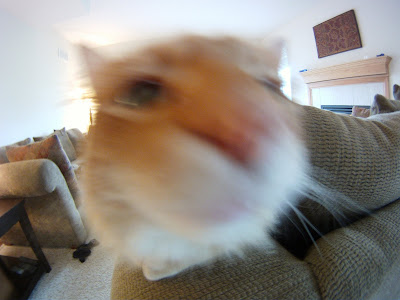 I love the mower on a pole at the Afton coffee house, seen it a billion times and always meant to get a little video tape of it. Cracks me up every time. :)

i had an alarm clock just like yours but his name was monty. and he was evil like the birds. he would plot against me and drove me insane but i still miss that alarm clock.

Nice alarm clock...
what a beautiful place you live in, must be really wonderful to wake up every morning and watch directly the sun and feel a nice wind in your face.

Binary Options is the way to [url=http://www.brokersring.com/]make money[/url] securely online