With triathlon season over, I've been taking advantage of all the free time I have now that I don't have super long workouts to do on the weekends.

Saturday, Courtney and I went to the badger game and watched the Badgers destroy Austin Peay 70-3.  It was a non-conference game and it was clear that Austin Peay was out of their league.  The game was fun, but it would have been more fun to see a good game.

Out of curiosity, I looked up the Badger's most lopsided win.  It was in the 1890s and it was their very first win as a football team.  They beat UW-Whitewater 106-0.  The very next weekend they suffered what is still their most lopsided defeat to UW-Minnesota 63-0.  What I also found interesting is that the Badgers were the first Big 10 champs in 1896.  The Packers were the first Superbowl winners.  I guess Wisconsin figured out the game of football pretty quickly. 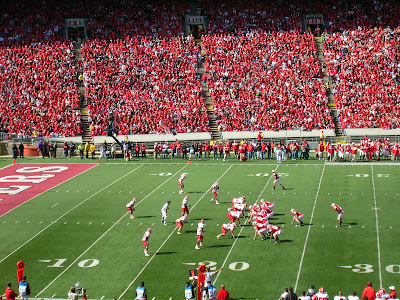 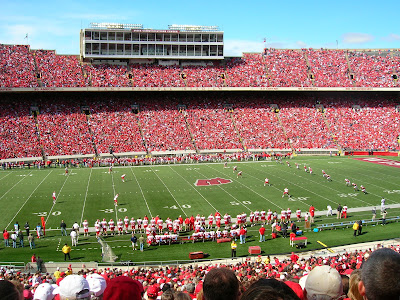 One of many Badger kickoffs.  I love all the red in the stands.  Much better than
green and gold, perhaps the worst possible color combination. 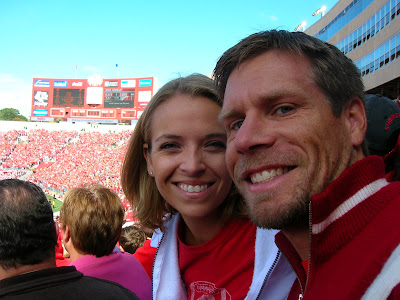 Me and Courtney.
Sunday I got to hang out and watch Courtney race the Zoo Run Run.  It was her first race with her new Garmin so she was pretty excited to try out her new toy, and I was pretty excited to, well, do nothing.  It's kind of fun standing on the sidelines from time to time. 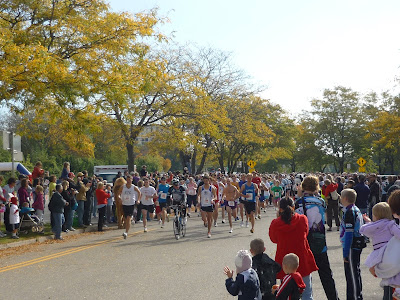 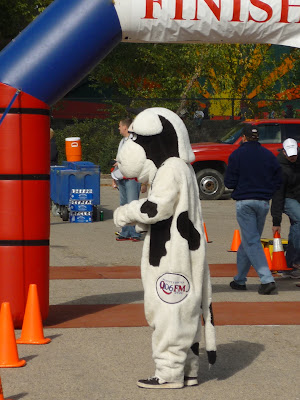 Gotta have a cow at the Zoo Run Run, I guess, even
though there aren't any cows in the zoo. 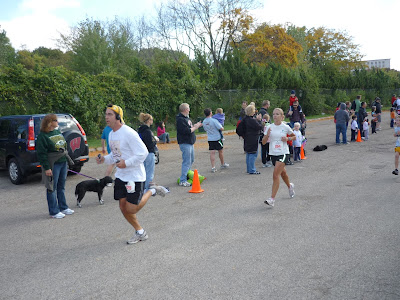 Courtney coming into the finish.
Then it was off to the US Grand Prix of Cyclocross.  It's a pro race so you have the best of the best battling it out.  If you don't know what cyclocross is, it's kind of a steeplechase for bicycles.  Riders race on a road bike with knobby tires on an off-road course with barriers they have to run over while carrying their bike.  In a way, it's a mix of mountain biking and road biking.  It's hard to describe so here's a video...
U.S. gran prix of cyclocross from Jim Fryer/BrakeThrough Media on Vimeo.

It was a two-day race but I only made it there Sunday.  My old employer, Cannondale, tore it up by finishing 1-2 in the pro men's race.  I was impressed.  Here are some pics I took... 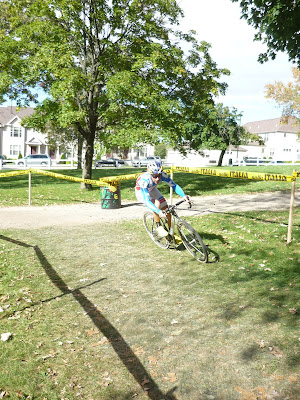 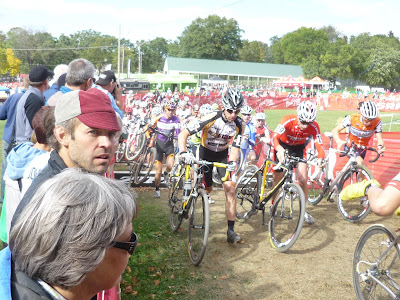 Lap 1 so they were still very bunched up when the hit the barriers for the first time. 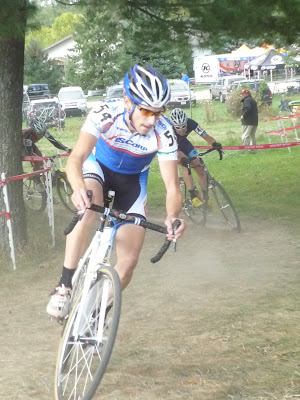 A friend of mine, Jordan, held his own out there.  I was impressed.  It was a tough field. 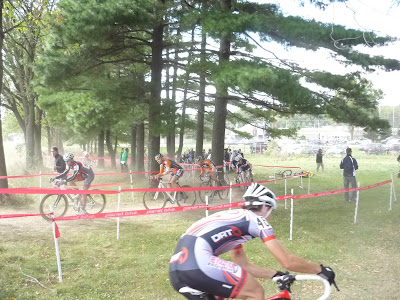 Lap 1 or 2 so the riders were still bunched up.  Great racing. 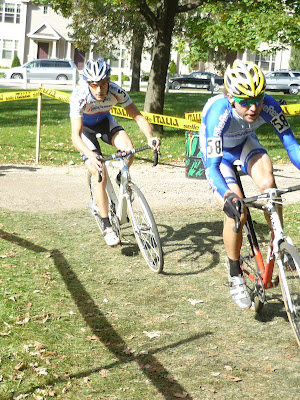 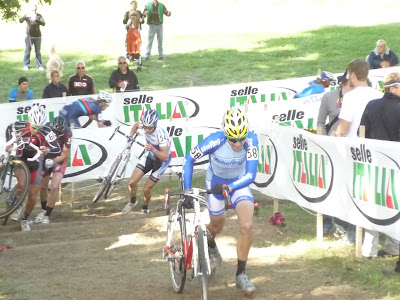 This section was fun to watch.  They had to run up a few steps and then up a long, steep hill. 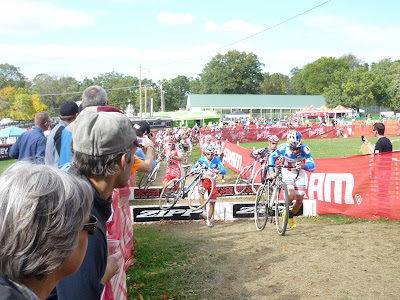 The leaders coming over the barriers early in the race. 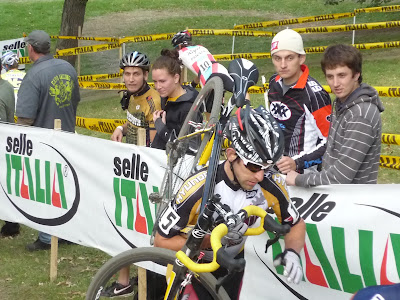 Gear Grinder.
You'd think after watching the race I'd dig out my cross bike, but instead I took a nap.  I am looking forward to getting out on my cross bike a few times this week though.
Posted by Mike at 10:38 PM

Nice weekend! I was at the game and the same race. I saw you from a distance at the race assuming we'd cross paths again but never did (bummer.)

I saw you posted on FB that you were at the game, but I didn't see you at the race. I only saw Plymale and was surprised I didn't run into anyone else. Dennis was there too and I didn't see him either.

cyclocross is a strange kind of punishment.